China Virus Outbreak Chilling Recovery for Asian Economies – Business Advice and Resources
Popular
Virus Worries Force Cancellation of Major Tech Show...
US on Track for First $1 Trillion Budget...
14 Yard and Garage Sale Tips for Success
PinMeTo Is Key to Your Local Marketing
Newly Free Angieâ€™s List Will Increase Appeal of...
Q&A: How Virus Is Impacting Asia's Cruises and...
4 Ways to Capitalize on Consumersâ€™ Desire to...
Cracking the Code on Cutting Costs and Increasing...
The 7 Biggest Mistakes You Can Make While...
Be the Best Trick-or-Treat House on the Block...
Local Marketing

BANGKOK (AP) â€” The virus outbreak in China has put South Korea’s economy into an “emergency situation,” its president says. Japan is on the brink of recession and big manufacturers are forecasting a whole world of woe.

As many Chinese finally go back to work after their longest Lunar New Year holiday ever, the economic fallout from the outbreak that began in the central city of Wuhan may be just beginning. Companies are warning their bottom lines will take a hit, and governments are ramping up stimulus measures for economies that just weeks ago were hoping to see recoveries after months of uncertainty due to trade tensions and slowing global growth.

â€śThe current situation is very serious, even more so than thought,” Moon said. â€śWe should put every measure we can think of on the table, regardless of whether there were precedents or not, and employ every means possible.â€ť

Many in the region were hoping that an easing of trade tensions thanks to a truce between the U.S. and China in their tariff war would help revive sluggish trade this year. The virus outbreak has sideswiped the region with a raft of new, potentially much broader uncertainties.

Central banks across the region have already begun slashing interest rates to help ease credit as tourism arrivals plunge and manufacturing and delivery networks get entangled in bottlenecks caused by lockdowns inside China intended to help contain the spread of the virus, which has killed more than 1,870 people and infected more than 73,000 globally.

Asian economies have grown increasingly reliant on trade with China and tourism catering to growing legions of Chinese travelers. The other regional powerhouse, Japan, saw its economy, the world’s third-largest, contract by 6.3% in annual terms in the last quarter of 2019, even before the virus outbreak spiraled into a crisis.

The rebound in manufacturing and other business activity after the outbreak of Severe Acute Respiratory Syndrome, or SARS, in 2003 suggests the damage to manufacturing industries may be transient.

But the blow to regional tourism could persist, given the much broader travel restrictions and precautions put in place by regional governments and the much higher number of people affected: SARS killed fewer than 800 people and infected only about 8,000.

China has canceled two of the biggest business happenings of the year, a trade fair in southern China’s Guangzhou and the Beijing auto show, adding to the growing number of conferences and sports events being postponed or called off due to the outbreak.

Tourism arrivals in Thailand, Singapore and other regional hubs are down sharply, leaving many who depend on steady flows of Chinese and other travelers scrambling for alternative ways to get by.

Economists are now forecasting that China’s growth could stall into the low single digits in this quarter, while Japan, where dozens of people have been confirmed infected with the virus, is almost certainly headed for recession.

â€śThe biggest unknown is whether the crisis will result in a major drop in spending by Japanese consumers,” Marcel Thieliant of Capital Economic said in a commentary. â€śWhile the new coronavirus isnâ€™t as deadly as SARS, itâ€™s still possible that consumer spending will come under pressure as households refrain from visiting shops and restaurants.”

â€śThereâ€™s clearly a risk that Japan slides into recession at the start of this year,” he said.

Governments elsewhere are also preparing to act to cushion the blow from the virus. Singapore’s government announced Tuesday a budget with an extra 6.4 billion Singapore dollars ($4.6 billion) in special measures to provide extra health care funding and subsidies for businesses and households.

Farmers in Southeast Asia, especially tropical regions along southern Chinese borders, are struggling to find markets for crops unable to make it to market due to transport disruptions and quarantine restrictions in central and eastern China.

Exports of pungent durian fruit from Thailand to Malaysia have slowed, causing prices that had surged thanks to ravenous demand from China to plunge in recent weeks.

But disruptions to tourism and the manufacturing sector are having a much broader reach.

Chinese authorities are encouraging factories to get back to work, but a survey of manufacturers in the Yangtze River industrial region conducted by the American Chamber of Commerce in Shanghai last week found that nearly 80% did not have enough staff to run at full capacity. Nearly a third said logistics issues were their biggest concern.

More than two-thirds of the 109 companies surveyed had already gotten back to work, but many said their businesses were being hindered by quarantine restrictions and uncertainties over government approvals.

Apple Inc.’s announcement Monday that it won’t meet its second-quarter financial guidance because output of iPhones has dropped due to the outbreak sent a chill through Asian markets on Tuesday.

On Jan. 28, Apple said it expected second-quarter revenue to be between $63 billion and $67 billion.

Production is ramping up slowly, the Cupertino, California-based company said, and demand in China is down because many of Apple’s 42 retail stores there are closed or operating with reduced hours. China is Apple’s third-largest retail market for iPhones, after the U.S. and Europe.

The outbreak struck just as makers of semiconductors and other components were looking forward to a recovery following a protracted downturn. For South Korea, Taiwan and Japan, weaker demand will slow recoveries in exports that had been expected to bounce back following the preliminary agreement between Washington and Beijing on ending a tariff war that has dragged on regional economies for nearly two years.

10 Insights to Help You Become a Better Small Business Leader

4 Ways to Capitalize on Consumersâ€™ Desire to...

How to Target Multiple Locations with SEO

The Value of Cozying Up to Your Local... 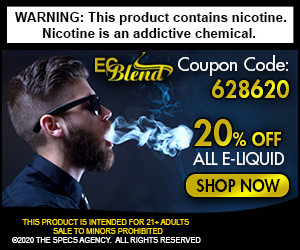